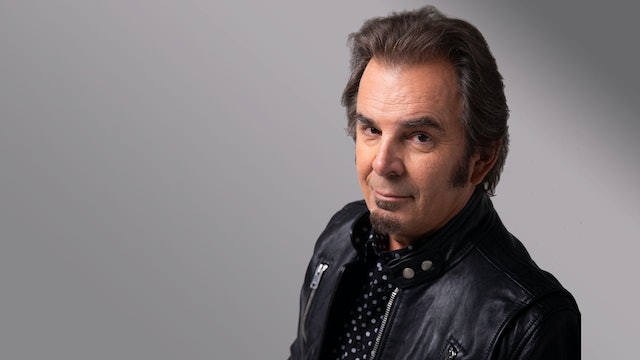 As an aspiring singer/songwriter in Los Angeles, Rock & Roll Hall of Fame inductee and longtime
Journey member Jonathan Cain was advised by record executives to pursue a different vocation.
“They told me that I couldn’t sing and I couldn’t really write and I should get a day job,” Cain recalls.
“Somebody asked me, ‘What are you going to do now, Jon?’ and I told him, ‘I’m going to find
somebody to sing my songs.’”
Encouraged by his father’s words to “don’t stop believin’,” Cain pressed forward, eventually writing,
touring and recording two albums with The Babys before joining Journey, rounding out the lineup and
songwriting prowess on the band’s defining, 9X Multi-Platinum album Escape, which fittingly opens
with the 5X Platinum single, “Don’t Stop Believin’.” Along with penning Journey’s mega hit “Faithfully,”
as well as co-creating huge anthems like “Open Arms,” “Who’s Crying Now” and many more, Cain’s
musical contributions along the way, including with Bad English, have earned him numerous Billboard
hits; multiple Gold, Platinum and Diamond-selling records; a star on the Hollywood Walk of Fame;
and a GRAMMY® nomination, among other accolades.
Now, more than 40 years into his career, he continues with Journey, contributing a wealth of new
songs to the band’s forthcoming studio album. In addition, Cain is a seasoned solo artist—a venture
that allows him to come out from behind his keyboard and step into the shoes of a lead vocalist,
proving those early critics wrong on every front.
Following a transformational encounter with God, Cain committed time and space to begin writing
songs about his growing faith, culminating in five albums in five years: What God Wants to Hear
(2016), Unsung Noel (2017), The Songs You Leave Behind (2018), More Like Jesus (2019) and
Piano Worship (2020). Continuing his tradition of crafting a new solo project each year, Cain is
currently working on a worship record slated to drop in the Fall of 2021.
The collection’s lead single, “Oh Lord Lead Us,” could very well be a post-pandemic anthem, but the
story that led to the song itself was a lifetime in the making.
Cain’s personal journey of faith, which he chronicles in his 2018 memoir named after Journey’s
career-defining song, Don’t Stop Believin’, began when he was a kid growing up in Chicago. As a
young choir boy, he entertained thoughts of going into the ministry, but when his school caught fire

killing 92 of his peers and three nuns, Cain—only in third grade at the time—found his faith on shaky
ground.
Decades later, after experiencing both personal and professional success and watching it all come
crashing down, Cain found himself in Florida crying out to that same God of his youth.
The award-winning singer soon discovered redemption and, ultimately, unconditional love when he
met his now wife, Paula White-Cain, who serves as the senior pastor at City of Destiny church in
Central Florida.
“I started out wanting to be a priest when I was 8-years-old,” Cain shares of the way his life has come
full circle, “and I ended up marrying a pastor. I was a choir boy, and now I’m leading worship.”
Cain leads worship weekly at City of Destiny, the first place he often debuts new music. “It’s always
been the testing grounds. When I write something, I will usually play it at church and see if it moves
people. I don’t force my music on our people. I just kind of drop it on them once in a while,” he says.
“I’ve enjoyed getting away from the piano and just leading worship and getting people to connect.
That’s our job, really. My wife, Paula, she always teaches that God rides on the waves of sound.”
“Oh Lord Lead Us” rides a powerful wave with the help of a wealth of studio pros who brought the
driving track to life. Produced by Cain, mixed by David Kalmusky (Justin Bieber, The Fray, Keith
Urban), mastered by GRAMMY® Award-winning Adam Ayans (Paul McCartney, Carrie Underwood,
Foo Fighters), and featuring Journey background vocalist Jason Derlatka, “Oh Lord Lead Us” was
recorded at Cain’s state-of-the-art Addiction Sound Studios in Nashville with select parts crafted
remotely due to the pandemic.
Cain wrote the track as a prayer for the new year, as 2021 came into sharp focus following a season
of hardship echoed around the world. Inspired by a passage in 1 Chronicles 16:11, “Oh Lord Lead
Us” takes its lyrics directly from Scripture. “Being around all this Bible teaching, I get excited when I
see something that triggers my imagination,” remarks Cain, who grew up Catholic. “Being beaten
down, closed up, and churches shuttered. The lockdown. Quarantine. All this stuff. It seemed like this
is a new season. We’ve got to make ourselves brand new again. The song was a prayer for a reset
and renewal. I just thought we needed something that had a little joy in it.”
The joyful single’s artwork, capturing the sun setting behind the mountains with Cain in the forefront,
was shot at Nevada’s Red Rock Canyon. “That valley has been unchanged for close to a million
years,” Cain explains. “It’s just exactly the way God intended it to be. So it just seemed like a holy
place to go.”
It also felt like the ideal setting for the song’s music video, but weather delays and rental car
shortages prevented Cain from getting to the location on time. Arriving later than originally planned
but determined to use the area’s natural beauty as the video’s backdrop, Cain and the director got up
before dawn to shoot against the bright blue sky now seen in the official clip. Right as they wrapped,
the skies promptly darkened, brewing up a storm.
The experience could very well be a metaphor for Cain’s life—a story of stormy skies and vast
horizon, perfect timing and God’s faithfulness, and the subject of much of his new music. While “Oh
Lord Lead Us” previews his next studio effort, which Cain says will boast more vertical lyrics and
congregational-friendly choruses, it’s only one brick in the ministry he’s building. He is also the host of

the “Anchored” podcast, where he discusses everything from faith, family and marriage to manhood
and music. And he regularly appears on his wife’s television shows, “Paula Today” and “Faithfully,”
seen on the Life Network for Women and Daystar Television. In addition, he’s working on new
Journey music and gearing up for the band’s headlining slot at this summer’s Lollapalooza festival in
Chicago.
Whether he’s ministering with his wife, testing out new songs on his congregation or playing to
millions alongside his Journey bandmates, Cain’s faith always takes center stage. “During Journey
events I can minister to people who haven’t considered Jesus and who can see the light in my life. I
always say, ‘When all else fails, consider Jesus.’ It’s a game changer, absolutely. There are not very
many rock ’n’ rollers praising the name, shouting hallelujah. I take my spiritual life to Journey and
have the confidence of being Spirit-filled,” he attests. “Now, more than ever, it’s time to be transparent
and stand up for what you believe. If you’re a follower of Jesus, it’s OK to say so. I’m not out there
evangelizing. If people can just see my Jesus on me, that’d be fine.”
That’s one reason Cain is so grateful to be able to craft solo music that more explicitly displays his
faith, while simultaneously continuing to record and tour with Journey. No matter the genre his music
is classified under, Cain strives to create songs that are both hopeful and timeless.
“When you write songs for God, they’re time posts,” he offers. “I’ve found that out as I go back into my
old catalog and sing songs. They’re still relevant. They don’t get old, and that’s kind of neat as a
writer. They’re there forever, and if somebody wants to sing them, they can.”
Although he’s been playing music for four decades, Cain continues to climb to the next level, showing
no signs of slowing down. If anything, he’s writing some of the best music of his career—music
marked by a changed life. “I continue to grow in lots of ways,” he says. “I’m looking forward to seeing
where God’s going to take me next.” 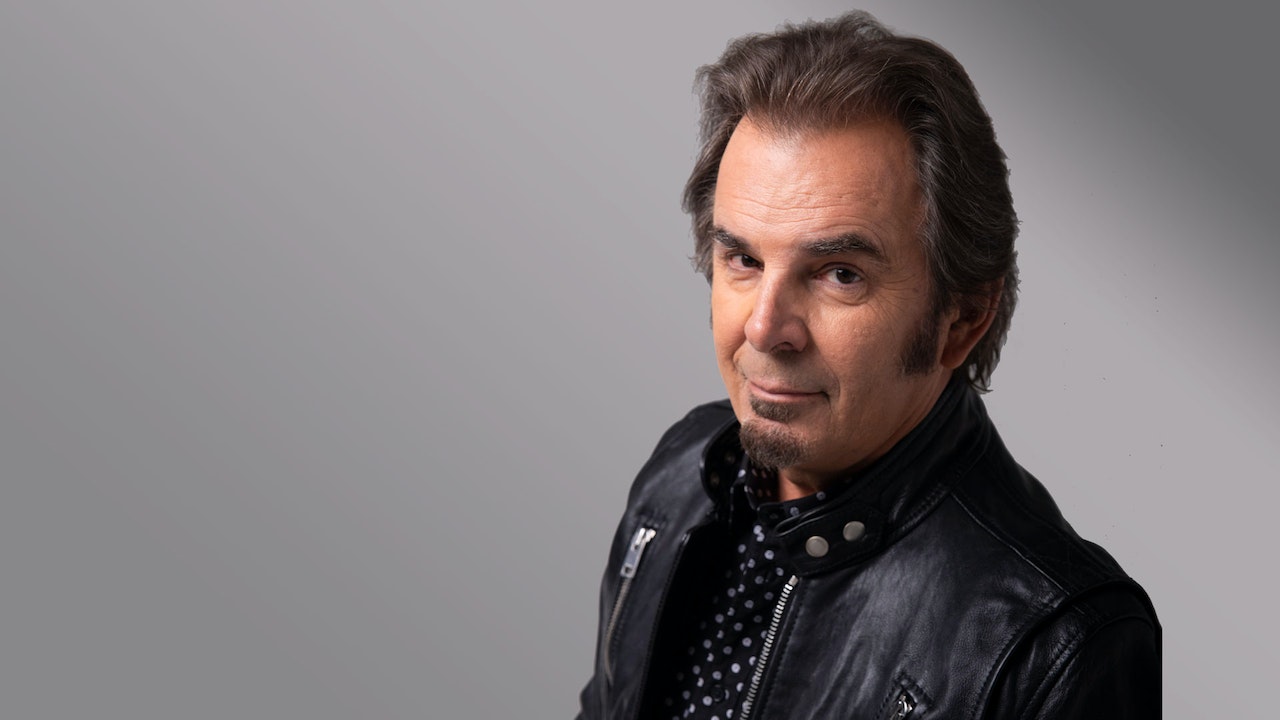